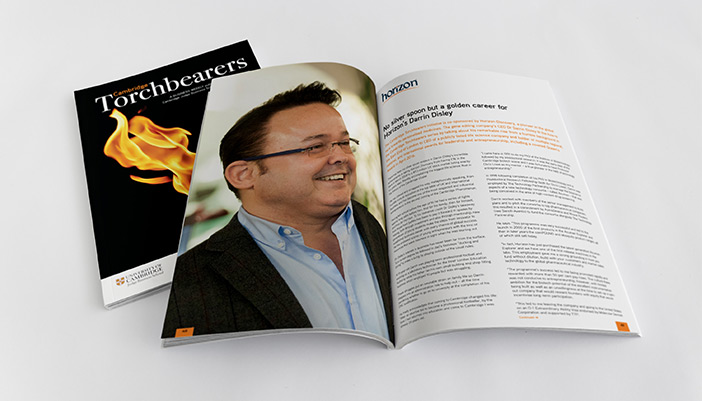 The amazing stories behind Cambridge’s top tech entrepreneurs are told in Torchbearers, a prestigious new magazine that shares the backstory and reveals the drive and ambitions of local business entrepreneurs and how they became global success stories. Simpsons Creative were approached by publishers Business Weekly in association with Cambridge Judge Business School and Horizon, the drug discovery company, to design and produce the initial publication.

Torchbearers highlights entrepreneurs such as Mike Lynch of Autonomy, who turned  £2000 start-up capital into $11.7 billion with the sale of his micro-chip making business to Hewlett Packard, and Herman Hauser and Chris Curry who turned a £50 gamble on a fruit machine into the global success of Acorn Computers, and won its founders a place alongside Bill Gates in Silicon Valley’s Visionary Awards Hall of Fame. 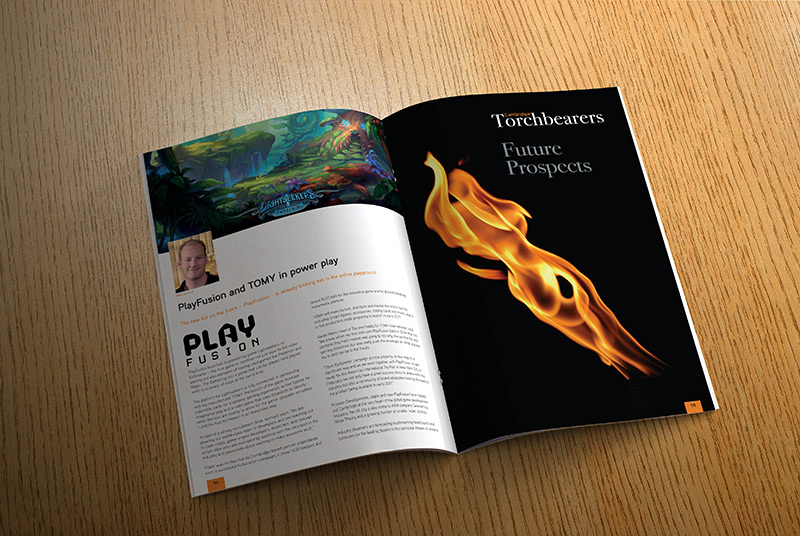 The magazine features sections on the Life Sciences, the New Generation, the Legacy and the Future Prospects of the Torchbearers, and along the way tells the fascinating human stories of men like Adam Twiss of Zeus and Andy Richards of Chiroscience who went from trading football cards and selling doughnuts to being the CEOs of multi-million pound businesses.

The challenge was to come up with a design that would add to the quality of the content and, at the same time, appeal to the potential readership. We produced a layout that is clean, easy to read with a simple ‘tech’ feel, that complements the articles. To view the full publication go to www.businessweekly.co.uk