The Atlantic Fish Bar, as it was known prior to rebranding, is a popular Harlow eatery with a reputation for good, wholesome food: fresh fish and chips, kebabs and beefburgers served on an eat-in or take-away basis.  Its business had been mainly divided between eat-in lunchtime trade and early evening takeaways: it had not been the sort of place where you booked a table for a business lunch or an evening out with family or friends. 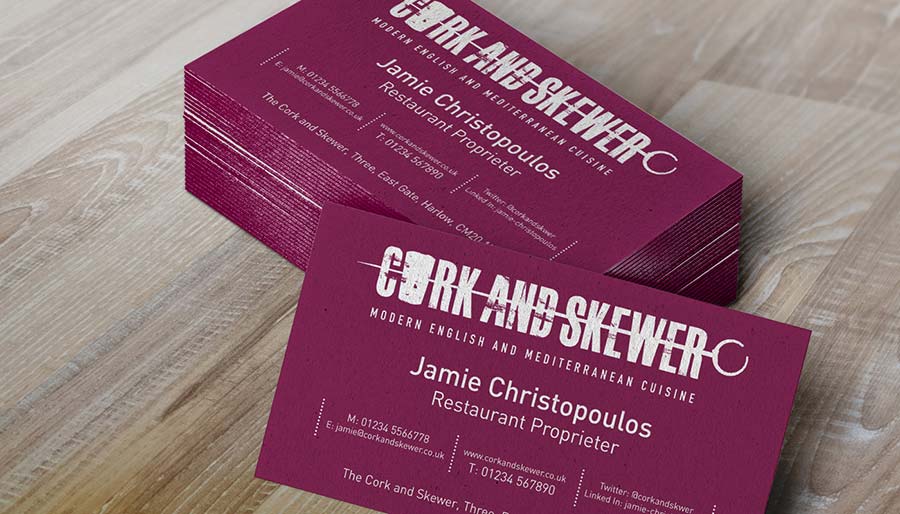 The client wanted to broaden the customer base and upgrade the image of the establishment from a fast food outlet to a restaurant that would become a destination in its own right: boosting its evening trade and attracting bookings for special occasions.

At the same time however, he wanted to reassure existing customers that they remained committed to offering popular dishes and takeaway service at affordable prices.  He approached us to handle the rebranding and repositioning of the business and to mount a complementary promotional campaign. 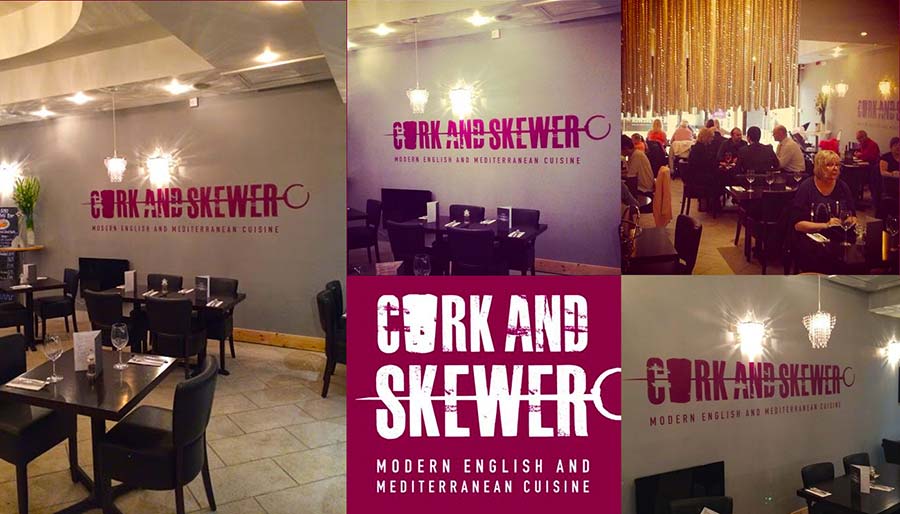 The first order of business was to come up with a new name for the Atlantic Fish Bar.  ‘Fish’ was too definitive, given the range of the menu, and ‘bar’ suggested counter rather than table service.

The ‘Atlantic Grill’ was put up as a working title, and logo designs were created with that as a basis.  New colourways and combinations were also explored: a rich purple, with its connotations of luxury, was recommended as the keynote corporate colour in place of blue, with its obvious seafood references.

Side by side with the development of this new corporate identity the agency drafted some advertising proposals that, by a happy accident, inspired the name finally adopted by the client: the ‘Cork & Skewer’.

It came about like this: it struck us that serving wine with a meal elevates it from the everyday to the special, and producing advertisements that invited diners to ‘Enjoy a Burgundy with your burger’ or a ‘Shiraz with your souvlaki’ set the tone nicely.  Handily, the restaurant is licensed, so this was a viable option.

One of the headlines the agency put forward was ‘Our kebabs come with corkscrews as well as skewers’, and this so caught the imagination of the client that he decided to adopt it, in condensed form, as the name of his new venture: hence the ‘Cork & Skewer’.

Fresh design proposals were then put forward incorporating the new name and the purple colour scheme.

To address the client’s concern that the image upgrade might have a negative impact on existing customers, the agency also produced advertising messages restating the restaurant’s value for money and popular appeal, such as ‘Fine dining without the fancy prices’ and ‘Take away food that takes some beating’.

We also created advertising messages aimed at business people (‘Book a table or have it delivered to your desk’) and theatre goers (‘The perfect curtain raiser’). 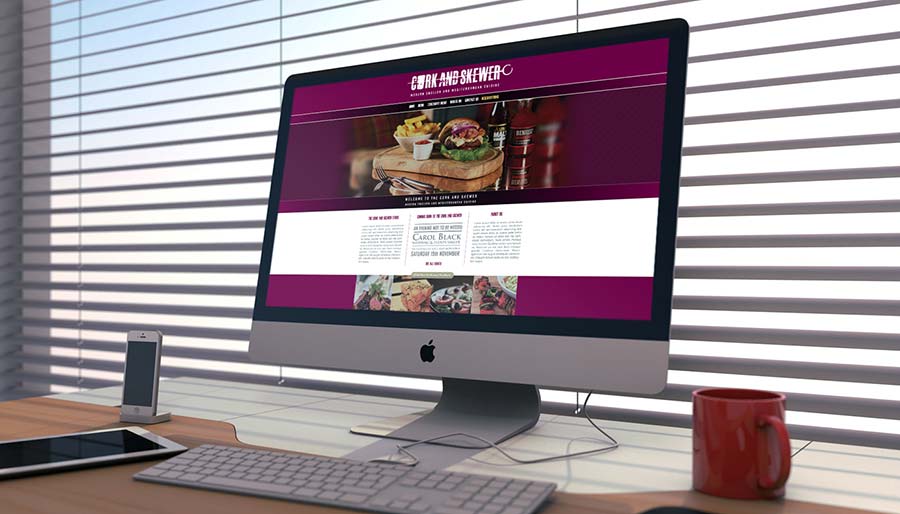 The client was delighted with the creative proposals, which he felt answered his brief accurately and imaginatively, and was equally pleased with its implementation in the form of restaurant signage, press advertising and point of sale material.  He also took the new identity as a template for redesigning the restaurant interior, which was refurbished throughout.

At the time of writing the Cork & Skewer has only been trading under its new name for one month, but early indications are that the new identity is having the desired impact: there’s been a new influx of evening trade and the core business has not only remained stable, but  has been won over by the new identity, which attracted much favourable comment.