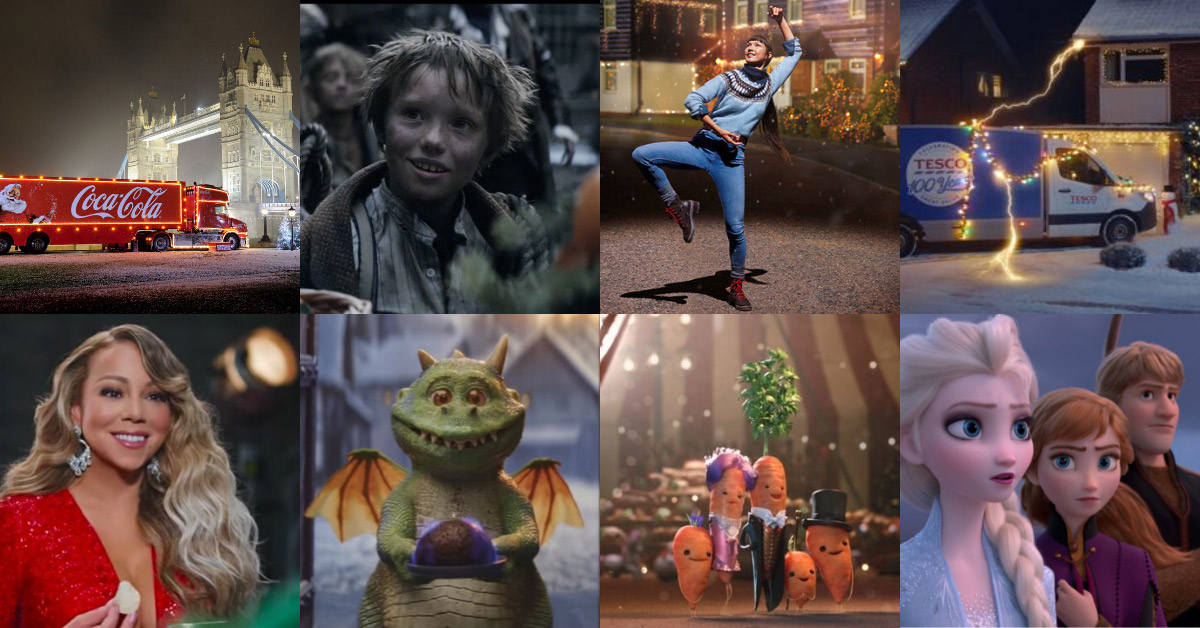 It’s that time of the year again when you don’t want to skip the ads. All the retailers have released their budget-busting Christmas adverts for the festive season.

Each year retailers bid to outdo each other in the run-up to the big day, creating a host of different adverts from tearjerkers to heart-warming stories and tongue-in-cheek rival references.

The most prestigious of them all is of John Lewis and Partners. It’s the retailer’s first joint advert with its sister company Waitrose. Known for their multimillion-pound Christmas adverts, this year we have been introduced to Excitable Edgar. A funny, heart-warming story of a little girl and her friendship with a fiery dragon who can’t control his instinct to breathe fire. Set to the iconic song, ‘Can’t Fight This Feeling’ by REO Speedwagon, which has been re-recorded by Dan Smith from Bastille.

Sainsbury’s has joined the battle with a rumoured origin story of Santa Claus that takes us back 150 years to 1869 when the first Sainsbury’s store was opened by the founders John James and Mary Ann. A young chimney sweep called Nick is wrongly accused of stealing a clementine and is dismissed to Lapland, where Mary Ann finds him and gives him a sack of the clementines. Nick gives away all the clementines by putting them into the socks of his chimney sweep comrades before dressing in a red coat and hat and walking into the snow towards the reindeer, the implication, of course, is he grows up to be Father Christmas.

Our high street staple Boots have launched a chatty new campaign with the hashtag #GiftLikeYouGetThem, which highlights some of the problems we are faced with when buying gifts at Christmas. Boots have focused their attention on diversity, making it clear they offer a wide range of shopping offers this Christmas.

That tubby little Santa with the red nose is the one we all pictured when we were growing up, and he’s still pulling on our heartstrings all these years later. There’s just something about an animation that hits us right in the bloomin’ festive feels.

Feel good and full of fun, we love this Christmas jumper campaign from M&S, set to the iconic tune of House of Pain’s Jump Around. Advertising their charming Winter woollies, the all-dancing ad sees a group of knit wearing partygoers, families and colleagues with moves so fabulous it puts our two-step to shame. No tears here, just plenty of shoulder rolls and laughs!

The first-ever Ikea Christmas ad is here, and it’s gone for comedy value. The 1:30 minute-long campaign features a couple racked with home shame as they’re faced with the task of hosting their friends for dinner. Through the medium of rap, the ornaments around the family home come alive and start teasing the couple over the tired curtains, cracks in the walls and toys strewn all over the floor, all to a soundtrack by none other than grime legend, D Double E.

For the fourth year in a row, Kevin the carrot strikes a Christmassy cord once more as he finds himself in hot water with the Leafy Blinders crew. Miffed that Kevin has stolen his limelight, Russel Sprout kicks up a stink and ties poor old Kev to a cheese grater. Just as it looks like his fate is peeled and sealed, Tiny Tom gnaws his way through the rope and saves the day. It’s a Christmas miracle! Off they trot to the Greatest Showman-Esque Aldi Christmas show with a stellar performance from the Flying Tra-Peas and of course, our main man Kev himself.

The all-singing Visa campaign turns our attention on not what we’re buying but rather where we’re buying it from. Featuring 13 real shopkeepers including a butcher, barber, greengrocer, bookseller and florist, it encourages shoppers to support their local independent shops this year. There isn’t anything better than a bit of community spirit to get us in the mood for Christmas. #WhereYouShopMatters

As the ad closes, we return to the scene with the young boy, Olaf his toy snowman and his family sat around the table enjoying the magic of frozen food.

What do you get when you mix snow-lined streets, a lonely old man with a dog and a kind face, and a group of neighbours rallying around to make sure he doesn’t get forgotten this Christmas? Teary eyes and warm fuzzy feelings, that’s what. Every good Christmas advert needs a heartfelt message and Very’s is a simple but powerful one that hits all the right spots.

Asda was able to recreate that warm, cosy, magic feeling we get every Christmas with their ad this year. The story features a little girl fetching her Grandad’s old change jar and filling it with some super special festive magic from what appears to be the Northern Lights aka Santa’s magic.

This year, the British retailer shows a father sitting at his kitchen table flicking through their catalogue. He notices his daughter has circled a drum kit and lo and behold, a shiny, new kit appears before him. He starts beating the drums to the tune of Simple Minds, Don’t You, living his best life as many parents would – before his daughter appears on the stairs, laughing and shaking her head at her silly Dad. A second drum kit materialises, and the iconic duo starts jamming together. They’re then transported to an arena stage to live out their rock star dreams with a crowd-surfing teddy bear. It might not be the warm and fuzzy Christmas ad our heartstrings have come to love, but it’s a feel-good watch, nonetheless.

Now we have all the festive feels, we are off for a mince pie and Bailey’s hot chocolate. Let us know which is your favourite this year?