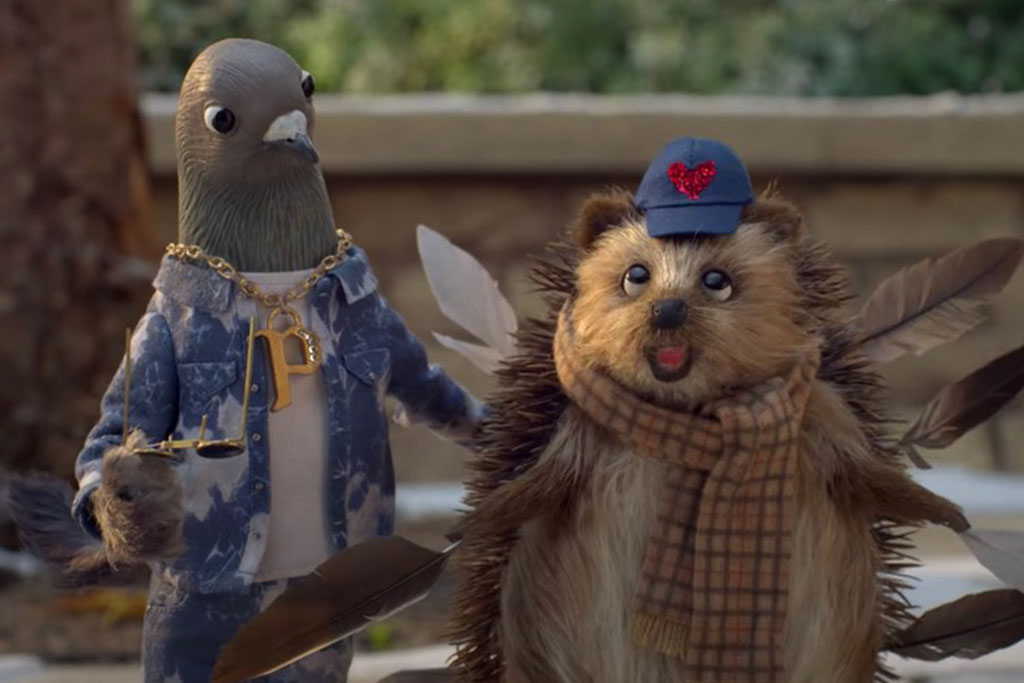 The Christmas advert season is finally upon us and after a whirlwind of a year, we have finally crawled to the finish line at a painfully lethargic pace for the final month in the great 2020 slog. We are so ready for some festive cheer so let us reveal the 2020 tear-jerking Christmas ads.

Something tells us they are all going to go absolutely Christmas ham on the heartstrings because – 2020! We will be updating this blog post as the ads roll in but for now, have a scroll through and watch every joyous Christmas ad so far…

The long-awaited reveal of the Waitrose and John Lewis advert has finally made its debut, so we are officially allowed to be in the mood for mulled wine and mince pies. Inspired by the spirit of kindness shown by the British public during the coronavirus pandemic, the two-minute ad titled, Give A Little Love, shows animals, children, snowmen and neighbours carrying out good deeds. Each character passes the campaign’s heart emblem onto the next, spreading love and kindness this Christmas.

Instead of using a single production team, this year’s ad is a celebration of diverse art forms, selecting multiple artists from CGI and cinematography to animation and claymation. In another break from tradition, an original song was commissioned to provide the soundtrack. Written and recorded by Brit-award winner, Celeste, the charity single ‘Give A Little Love’ lands us right in the festive feels.

The supermarket has released a three-part series for their Christmas ad this year, focusing on families sharing their culinary memories and hoping they can be reunited this year in the middle of the pandemic.

The first instalment called The Gravy Song features a dad and his daughter having a chat on the phone about Christmas and the famous gravy he makes every year. As a montage of throwback video footage plays, the dad breaks out into his gravy song in a very loveable dad-like manner.

Despite the retail giant receiving criticism from some racist trolls, we applaud Sainsbury’s for getting their ad so right!

The year that made some of us to stockpiled toilet roll, we needed a light-hearted Christmas ad to poke fun at us.

The Tesco ad titled No Naughty List, shows various people confessing to the things that might land them on the naughty list. From dodgy haircuts to failing to donate to Captain Tom, the retailer encourages shoppers to forget all about the naughty list this year and treat themselves instead. A fun, cheerful ad that we all need after the slog of 2020!

Kevin the Carrot is back for the fifth year running and this year, he is a long way from home.

Soundtracked by the Home Alone theme tune (very fitting); the clip begins with Kevin’s young family eagerly waiting for their daddy to come home. Meanwhile, Kevin is miles away lost in the snow trying to find his way back. He stumbles across a friendly hibernating hedgehog who helps him on the first leg of his journey, until disaster strikes, and they tumble into an icy river – Santa to the rescue! Will he make it back to his family in time for Christmas?

The tongue-in-cheek ad makes fun of the usual tear-jerking Christmas advertising, including playful references to ’emotional gravy’ and moments designed to make viewers sad, by interrupting and side-stepping them with Lidl products. And, in what appears to be a swipe at competitor Aldi and Kevin the Carrot, Lidl explains you ‘don’t need cutesy characters when carrots taste this good’ before a carrot is abruptly poked with a fork.

The Coca-Cola ad sees a dad saying goodbye to his daughter as he sets off to work on an oil rig. After forgetting to post his daughter’s letter to Santa, he embarks on an epic journey to the North Pole to ensure Santa gets it in time.

At the end of the advert, it turns out the daughter only had one very sweet Christmas wish: ‘Dear Santa, please bring daddy home for Christmas.’

A certain kind bewhiskered sir in the famous Coca-Cola van gives him a lift home to his family, handing his daughter’s letter out the window to him as he leaves. The father, confused, opens the letter to find that his daughter’s Christmas wish was simply for her daddy’s safe return home.

Coca-Cola’s festive activities will not involve its annual UK truck tour this year, which has been cancelled for the first time ever because of the coronavirus (COVID-19) pandemic. For many, the Coca-Cola Christmas truck tour, alongside the Holidays Are Coming advert, is a sign that the festive season has officially begun.

There was absolutely no need for McDonald’s to play on our emotions like they did but here we are crying along right on cue and mopping up our tears with our burger bun.

The Christmas ad features a mother trying to interact with her young son, who seems upset and continuously shuts her out. It starts with the boy playing video games in his room as his mother holds up a box of decorations and suggests they decorate their Christmas tree. Although the boy’s inner child-like self can be seen smiling and looking excited at the prospect of helping, the teen refuses and continues to play on his TV.

The next scene shows the pair walking through a Christmas market. The mother tries to cheer her son up by playfully doing an impression of a reindeer. The boy’s inner child giggles at the sight, while his teenager self instead just puts his headphones on and walks off. On the way home, the pair stop off at McDonald’s where Tom’s inner child lights up. When they get home, they have a snowball fight and Tom helps his mum decorate the tree and leaves carrots by the fireplace for Santa’s reindeer. The story ends with a message asking, ‘Are you reindeer ready?’.

The SuperValu Christmas advert 2020 has left viewers in quite an emotional state, as some warn John Lewis that the retailer has ‘competition’ when it comes to releasing heartfelt festive campaigns.

The short film opens with Conor hanging a Santa Claus bauble on his family’s Christmas tree. He asks his mother, ‘Mum, is he still coming this year?’, to which she replies, ‘Of course he is.’

As Conor and his family continue their preparations for the festive period, the young boy becomes increasingly excited about the prospect of their special visitor. Following a grocery trip by his mother, Conor shows his father a box of mince pies, which he says are their expectant guest’s ‘favourites’.

As they near Christmas, Conor’s hope that their guest is coming appears to start dwindling. A friend offers him words of encouragement, telling him: ‘You’ve just got to believe.’ Finally, as they reach Christmas Eve, Conor checks one last time. ‘Are you sure?’ he asks his dad, who comfortingly responds: ‘He’s coming.’

In the night, Conor wakes as he hears the front door open. As he runs down the stairs, jumping onto the ground floor, he exclaims: ‘Grandad!’ After his grandfather wishes Conor a Happy Christmas, the young boy runs towards him for a hug, saying: ‘I knew you’d come.’

The heartfelt ad has proven a hit, with many saying they could not hold back the tears after watching it.

What Christmas ad do you think is tipped to be the favourite this year?